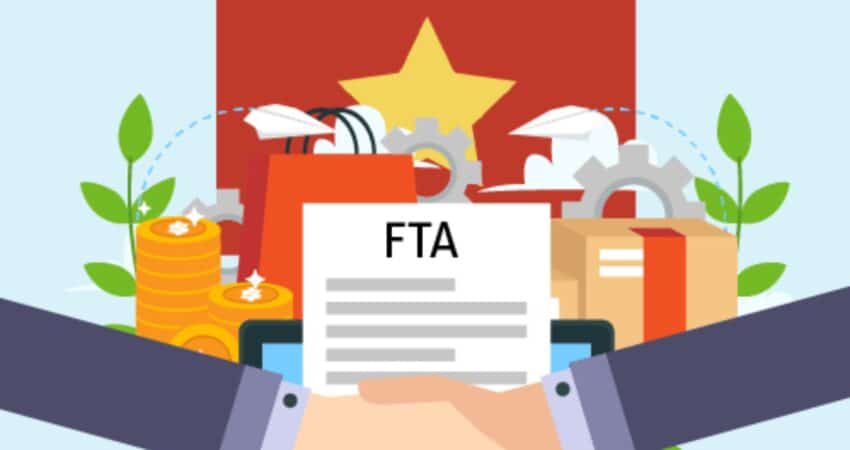 FTAs will become crucial to Vietnam in 2022

While Vietnam is one of the countries with several FTAs, most recently it has signed new generation FTAs such as the  Comprehensive and Progressive Agreement for Trans-Pacific Partnership (CPTPP), EU-Vietnam FTA (EVFTA), UK-Vietnam FTA (UKVFTA), and most recently the RCEP. While these agreements will not only help Vietnam advance its economy and production network, it will also help the country conform to labor standards while modernizing labor laws and industrial relation systems. While the government will continuously need to work on reforms, being part of such agreements gives an impetus.

As per the Ministry of Industry and Trade (MoIT), the EVFTA, itself has helped Vietnam’s exports despite the pandemic. In addition, more than 200,000 certificates of origin were issued in 2021 for Vietnamese exports worth US$7.8 billion. In 2021, the UKVFTA helped boost trade between Vietnam and the UK reaching close to US$6.6 billion. Similar increases were also noted with CPTPP with exports to Canada and Mexico increasing.

Investors can also access the ASEAN Framework Agreement on Services (AFAS). This agreement comprising of ASEAN countries and liberalizes trade in several industries such as education, sanitation, hospital services, and tourism.

Nevertheless, businesses should ensure that they are making use of Vietnam’s FTAs which can no doubt be complex to implement. However, the cost savings can be significant given the reduction in tariffs depending on the various markets. Businesses should especially pay attention to rules of origin, technical and hygiene standards, labeling requirements, import-export regulations as well as brand guidelines.

The MoIT has further stated that it will look at efforts to implement the current FTAs and plan for new ones which ensure a stable market for Vietnam. Some steps that the MoIT has outlined for 2022 include:

Vietnam is currently negotiating the Vietnam-EFTA agreement, which involves Vietnam and the EFTA (Switzerland, Norway, Iceland, and Liechtenstein), and Vietnam-Israel FTA.

Businesses can further look at which industries can benefit from FTAs, and tailor their production according to current demand and trends. For example, in January 2021, Vietnamese exports were valued at US$29 billion increasing 1.5 percent over the same period last year. Out of this, seven commodity groups, earned over US$1billlion each accounting for a total of 63.3 percent for total export turnover as per the MoIT. Some of these commodity groups were:

This year will be important for Vietnam as it looks to bounce back to pre-pandemic growth levels after strict lockdowns and production stoppages. Businesses that were drastically affected last year are also eager to increase trade and revenues as they look to limit losses from last year.

Therefore, FTAs will play an increasing role in the country’s economic growth as businesses look to bounce back. The government is keen to promote FTAs and as mentioned earlier has outlined steps to help businesses make use of such agreements.

The benefit of die casting in Vietnam

Choosing the best cooling method for your CNC machines

No comments to show.